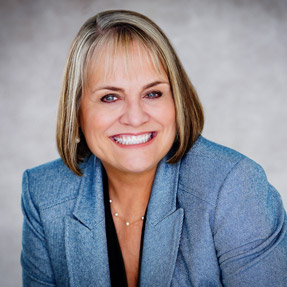 A native Texan raised in Arlington and an honors graduate of Arlington High School Class of 1985, Karen continues to raise her family here in North Texas. Her grandparents, Roy and Ruby Schroeder, moved to Arlington in 1968 after Roy retired from the US Air Force. Her parents, Ken and Alice Schroeder, have been Arlington residents since 1972. Family is the cornerstone of her life and she is the loving mother of two children, Alex (my Aggie) and Jessica (Roll Tide); two adult step-daughters, Chrissy and Ashley (both Mean Green); three grandchildren; and devoted wife to Brian Evans, describing him as her greatest source of strength and encouragement.

Upon earning her undergraduate degree in Finance from St. Mary’s University in December 1988 and working multiple years at local financial institutions, she returned to St. Mary’s University School of Law for her Juris Doctorate and graduated in December 1993. Karen was licensed to practice law in Texas in May 1994; and in the United States District Court, Northern District of Texas in 2009. Karen spent over 5 years working as in-house counsel for Sunrise Energy Services (bought out by ENSERCH); ENSERCH/Lone Star Gas (bought by TXU Electric); and PrimeCo PCS (bought out by Verizon).  Afterwards, she pursued a ten year career as an Assistant District Attorney for Dallas County – with 7 years in the Civil Division as a Real Estate/Contracts Advisory Attorney and civil litigator; and 3 years in the Criminal Division as both an Environmental Trial Prosecutor who created the position for the County; and Chief of the Grand Jury/Intake Department in charge of indicting felony financial crimes. Karen opened her solo law practice in Mansfield first part of 2009. Additionally, Karen has spent time as an Adjunct Professor with the Tarrant County College District teaching civil litigation to paralegal students.

In 2012 Karen accepted an invitation from The College of the State Bar of Texas to become a member. The College is an honorary society established by the Texas Supreme Court to recognize attorneys who complete considerably more than the required continuing legal education classes. This invitation and achievement is attained by fewer than 10 percent of lawyers in Texas.

From Karen Schroeder, Attorney at Law, you can expect personalized legal advice from your trusted neighborhood attorney.  Karen believes in long-term partnering and building relationships in the community she lives in and loves. As an accomplished attorney who cares deeply about the rights of people, property and the environment, she brings together homegrown charm and extensive legal experience.

Karen is a regular speaker on popular legal topics. Her speaking topics include: Simple Estate Planning, Wills and Trusts, Avoiding Probate, Importance of Powers of Attorney in Texas, Avoiding Guardianship, and Business Succession Planning. Some groups and venues she speaks to regularly, and have spoken to in the past are: